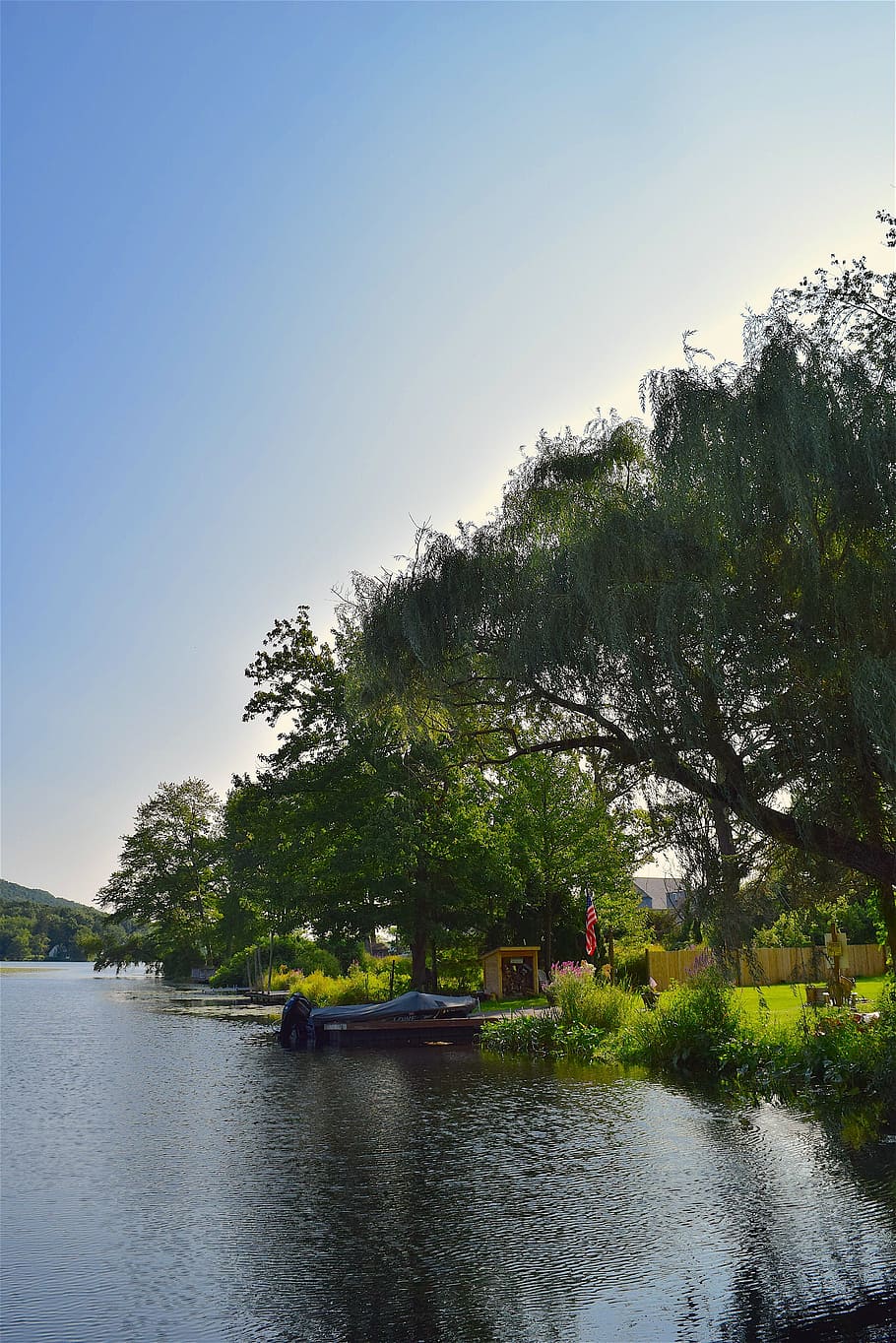 Shop Til’ You Drop Located within the expansive Lenggeng Forest Reserve (a lowland dipterocarp forest) is the relatively small park referred to as the Lenggeng Recreational Park. As you explore your way inside, prepare to be stunned by the main natural attraction which is the majestic waterfall residing here. It stands at an impressive 20 foot height and flows over several cascades. To truly enjoy this natural wonder, stand or sit in the pool under one of the cascades to feel the powerful shower of waterfall flowing at full force.

In addition, there is a gushing stream nearby. In both cases, it is best to come here after heavy rainfall when there is an abundant volume of water flowing. As a side note, this park was opened to the public back in 1984. Therefore, visitors can expect to utilise several man-made facilities such as the children’s playground, bridges and pathways as well as gazebos that will be a great spot for an outdoor picnic session.

Perhaps known as the most popular waterfall in Negeri Sembilan is none other than the magnificent Jeram Toi, located within a forest reserve area. Witness the clear water cascading over the four main levels of this giant waterfall. Frolic in the cooling waters of one of the pools or take a power shower under the second level waterfall, where the water is gushing with great force. If you seek to visit the third and fourth levels, just be careful when walking on the flight of steep concrete steps that lead there.

On another note, feel free to go on some of the water slides available for extra fun. Fortunately, visitors can expect a convenient journey to this natural wonder without worrying about enduring an arduous and lengthy trek through the lush jungles. Instead, they only have to take a very short walk from the car park to the entrance, before passing the stream and picnic gazebos to arrive at the primary bathing pool area. However, there is a hiking trail that has been paved for the more adventurous ones. Cradled within the Angsi Forest Reserve is the Ulu Bendul Recreational Park. Positioned at the southern edge of the Titiwangsa mountain area, the park was discovered in 1917 before it was commercialised as a leisure destination by Tuanku Muhammad in 1920. Estimated to be about 130 million years old, it is encompassed by flourishing greenery and diverse wildlife. The park has winding moss-covered footpaths throughout the area that leads to a serene pond and flowing stream that is ideal for wading.

Additionally, there are a large number of boulders along the Batang Terachi River that simulates an experience akin to a jacuzzi! Other outdoor activities to be enjoyed here are jungle trekking, fishing and camping. Moreover, mountain climbing enthusiasts can feel free to explore the hillside terrain encircling the park. There are several accommodations in the form of chalets and A-shaped huts located here, along with facilities from table and bench sets to changing rooms. There are also stalls selling affordable swimming items and snacks.

One of the go-to mountains to head to for an adventurous hike is Mount Angsi. Located in Ulu Bendul Recreational Park, this is a relatively minor mountain possessing a height of 2702 feet. It is the third highest peak in the state, after Gunung Datuk. Once you reach the top, check out the pretty panoramic view of the surrounding wooded hills. Depending on the duration and intensity level, hikers can choose to take either the Bukit Putus Trailhead or the Ulu-Bendul Angsi Trailhead.

While the former is considered to be a moderately easy hike for fit beginners and casual hikers, the latter is perceived to be a quite challenging one (thus, it is less popular). However, be warned that the Ulu Bendul Trailhead ends with a steep descent. Overall, the journey takes about two to four hours to complete. Situated slightly below the Tanjung Tuan lighthouse, Batu Putih Hill is a beautiful limestone peak perched on the hill of Cape Rachado. It is enveloped by one of Malaysia’s last remaining coastal rainforests as well as sparkling blue bays. Apart from offering a clear panoramic view of the long stretch of Port Dickson’s coastline, it also overlooks the Straits of Melaka.

In order to reach the summit, visitors can take either the jungle trail or beach trail. Although both routes begin from inside the Tanjung Tuan Forest Reserve, the former is believed to be relatively shorter and easier with about a 40 minute journey. On the other hand, the latter takes about an hour or so with a more challenging trek.

Situated behind Taman Desa Melati in Bandar Baru Nilai, Melati Hill is viewed as a neighbourhood trail that is perfect for hikers in the beginner stage or even runners. In total, there are six trailheads to choose from without including the tarred road. They have been named after wild animals and creepy crawlies such as Monkey, Eagle, Cobra, Mosquito, Centipede as well as the oddly-named Rope.

Each possesses a different level of intensity and distance. In fact, this hill is frequently recommended by neurosurgeon, Dr Johari Aziz, to his patients, leading to its popularity. Furthermore, there are several stalls selling refreshments and thrifted or pre-loved hiking gear at the foothill. Covering a wide area of approximately 1, 280 hectares near Port Dickson is the Sungai Menyala Forest Reserve. It is one of the largest lowland Dipterocarp forests in the area, with most of it regenerated after undergoing deforestation back in the 1950s. There are also long stretches of virgin rainforest located here, not forgetting the notable 300 year old hollow tree believed to be the second oldest tree in the country.

There are also jelutong, red meranti and keruing trees growing abundantly here. Aside from overhanging vegetation and wildlife animals roaming the forest, there are clear paths fit for exploring. Inside the reserve, the Sungai Menyala Edu Ecotourism Centre was established and opened back in 2010.

Creating a border between the Kuala Pilah and Seremban districts is Mount Berembun. This protected forest reserve includes the Jerlang River, along with a flourishing variety of flora and fauna. With an approximate 12 km hiking trailhead, it is considered quite difficult and best suited for more experienced hikers. With a height of about 1193 metres, Mount Telapak Buruk is easily accessible to visitors due to the road leading all the way to the top. The estimated 12.12 km hiking trail with a steep elevation gain is considered rather challenging, so it is best to have a little more hiking experience before embarking here. Keep in mind that you may come across the wreckage of the Royal Air Force B-24 Liberator upon your hike. Standing at 200 metres above sea level, Kepayang Hill offers several hiking trails, including a rock climbing area. Therefore, the mode of intensity depends on the one chosen. With signposts everywhere, do not fear getting lost. Once you reach the peak, marvel at the pretty panoramic view that also includes Gunung Ganang. Situated about 15km from Port Dickson town is the popular Blue Lagoon Beach. Enclosed within a cloistered bay just before Cape Rachado, the bay’s naturally deep recess and sandbanks protect this area from strong tides and currents. Therefore, the deep blue sea waters tend to be quite calm and shallow. It is also sheltered by verdant forests and vegetation from the encircling foothills.

Moreover, visitors can often spot wildlife such as squirrels, monkeys and migratory birds, considering the Tanjung Tuan Forest Reserve is located nearby. Guests can also enjoy water sport activities such as kayaking, banana boating and jet-skiing.

Located along the 4th mile of Port Dickson, Saujana Beach is a beautiful spot with a wide coastline, fine sands and crystal clear waters. Apart from kite-flying and camping, the water-themed activities favoured here are jet-skiing and banana boating. In addition, there is a well-equipped park provided along the beachfront which includes playgrounds, gazebos and paved walkways that are shaded by flourishing greenery.

Although the main entrance is situated opposite the Saturday Night Market, there are a few gravel paths that find their way to the beach between the remote hotels. Nestled in between the 5th and 6th mile of the Port Dickson beach road is the pretty Cahaya Negeri Beach. As one of the largest beaches in the region, the most popular activity here is fishing. It has even been equipped with several infrastructure such as food stalls, souvenir shops, parking lots and public bathrooms.

The primary feature here is the artificial cape that has a recreational park lined with gazebos within it. On top of that, the cape leads to Pulau Burung, a small mangrove island off the coast, via a wooden bridge. Alternatively, visitors can stroll there during low tide.

Tucked in between the 7th and 8th mile of the Port Dickson beach road, Teluk Kemang Beach is known as the largest and most famous beach in town. The water sport activities available include kayaking, water scootering, wind-surfing, water-skiing, banana boat riding and parasailing.

Moreover, visitors can hire a speedboat to venture to the nearby beaches or islands. There are also many walkways, gazebos, food stalls, seafood restaurants, shower facilities, car parks and souvenir stalls here.

Translating to ‘Moonlight Beach’, the hardly crowded Purnama Beach exudes a romantic ambience that is perfect for moon gazing. Although it is isolated from the main road, it is still accessible via the residential sectors. Beginning from the base of the Teluk Kemang Observatory, the clear seawater is gentle and reveals charming rock formations during low tide. There are also camping and barbecue facilities available.

Sometimes referred to as Scout Beach or Seaview Beach, Tanjung Gemok Beach is relatively small and underdeveloped in comparison to the other beaches. However, the yearly migration and nesting of sea turtles from April to September is undoubtedly a unique highlight. The broad sandy beach has a recreational park equipped with walkways, benches, gazebos and a modest playground. In between the 2nd and 4th mile of the Port Dickson beach road is Bagan Pinang Beach, a moderately quiet stretch with shallow, gentle and slightly murky waters. Regardless, swimming is permitted. Furthermore, several mangrove islets can be reached on foot during low tide. This allows the rocky seabed to be unearthed for crabs and clams. There are also picnic table sets, fitness circuits, playgrounds and paved walkways here.